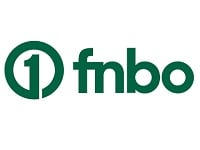 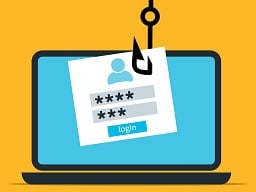 How to Protect Yourself from Online Identity Theft
The most recent statistics on the victims of identity theft published from the Bureau of Justice Statistics from 2008 say that 11.7 million people ages 16 and older in the United States..

Not a good card to have

August 10, 2021
This bank is backed up on their statement and then 4 months later they will show an update to bring your balance to overlimit adn then they don't want to waive any of the overlimit fees. They don't do well with customer service, in trying to keep their customers.

Make up your mind.

I had been with these guys for years. Then out of the blue I get an email saying my card was being cancelled for inactivity. Then I get a letter in the mail saying that they were cancelling my card because I had too many Credit Inquiries in a month (in the process of buying a home). I have never missed a payment and have a good Credit Score.

I'm very disappointed in this bank.

Same thing happened to me, except I use, and payoff, my card every month ($53,000 in 4 years). They say I had too many inquiries as well, but all were for a truck I bought.

Three months ago I was approved for their Ford Card. I was given a $7000 limit. I made only on time payments even paying more then the minimum due. Three months later I receive a email stating they have lowered my credit limit due to my credit report.

Mind you my credit report had not changed from the time I was approved by them, other then I did a interest rate reduction on my mortgage. With them doing this they have now got my credit scores reduced, and has put a black mark on my credit report.

So now they have hurt my credit report at no fault of mine they refuse to work with me or reverse their decision. Customer beware!

These people are just horrible.

Avoid, never do business with them.

When I asked them why they were being so difficult, the person on the phone said, “well ya know, Covid....”. Unbelievable to use that as a lame excuse for their behavior.

I have a family member with covid, didn’t appreciate it, hung up, cancelled card, will never do business with them again.

This is not the card you are looking for..

I've had this card for about 3 years. I missed 1 payment..they lowered my total available limit and my cash barrow limit. I then made a large payment to put my balance back under the 30% of my total (helps your credit score) two months later they lower it again to put me back of 30%....I just paied it off! Terible company.. They seam to want to keep your credit score low plus good luck being able to use your points. The smallest thing to purchase is 5k points. I've put over 2k on the card and was still 2500k short on points for even a $5 gift card.

DO NOT USE THIS COMPANY!!!!

April 6, 2020
Can't rate any lower. I've had this card for a number of years and made my payments faithfully. In fact, I've paid it off every month. I was late on the most recent statement and they cut my card off. I have never had this with any other card...EVER! No contact, no email, nothing. Just cut off the card. All this for a $30 statement amount. I've just switched all my automatic payments to a different card so I'll never use this card again. Because this was a Speedway Rewards card, I'll never use Speedway again until they change their association with this bank. I'll let them know of this as well. In this time of financial insecurity, we need friends that will work with us, not profitiers who take advantage of their customers.

So many security issus

Ever since getting a credit card with First Bankcard (through a store) our credit card info and name has been stolen way too many times.

They need to tighten their security big time and get better or more people to watch for fraudulent activity. I only shop on reputable sights and stores so I know its not them.

May 23, 2019
They froze my account with $71.35 balance because of a transposed account number on the bank I used to make payments. When the payment was kicked the first time I spent a half hour on the phone with a nice lady that said she had fixed the problem. Next payment same deal. I should have checked the number but assumed all was copacetic since she said the correct number was now in place. Second time it was kicked I fixed the problem myself and the payment was received and posted to my account also the money shows as a payment to them on my bank account statement. Tried to use the card and was rejected. Called customer service and they have a hold on my account for ten days even though they admit there is only $71.35 as a balance. WTF!! Too many other credit card out there to deal with these morons.

April 3, 2019
I had fraudulent charges appear on my statement (I still had my card). I tried to deal with the bank, on-line, and on the phone. They all were very unconcerned. Said it would take 1-2 MONTHS to review my claims and it took an entire week to get me a replacement card. I'm going open a different card and cut up the replacement they sent me. I don't need their lack of customer service and their lack of security.

Don't Use This Bank!

The more I pay on my credit card the higher the payments go up! It goes up every single month. I've never had a bank do this to me.

If you have a credit card from them cut it up!

I am an new customer to First Bankcard. I received an offer letter in the mail after purchasing my Jeep in January of 2017. As with a previous reviewer stated new card, zero interest for the first 12 months. I thought it was a great opportunity. I received my card the sometime late March early April.

I started to received several calls from the Fraud Dept. on August 1st regarding some charges to my card. I received several calls to my cell phone and work and after that it prompted me to listen to my voicemail and check my account online. I immediately noticed there were charges made from MD. Well it looks like my card was compromised by this point there was already 3 charges. When I spoke with the Fraud Dept. they NEVER MENTIONED that there were a total of 8-9 charges. They knew it wasn't me and as stated by their CSR * WE KNOW YOU DIDN'T TELEPORT YOURSELF TO MD*. I was never told of how many charges in total, I was never told of any of their processes or procedures. Each day looking at my account to re-assure myself that all the fraudulent charges were reversed. Well that didn't happen, more came. After 3 days on the phone with various CSR's I was done! I have an account that is compromised, a credit card I can't use because these jerks maxed out my credit card. And it takes these folks anywhere up to 2-9 weeks to clear up the fraudulent charges.

All and all this experience with First Bankcard has left a bad taste in my mouth. A new customer shouldn't have to go through this!

I will never do business with these folks again!! I only had my credit card for about 3-4 months.

Customer service works against their customers!

May 22, 2017
I am a customer with very high credit score and I had a Sheetz Visa for many years. A couple of months ago I left my purse with all my cards and documents at the restaurant. After one hour I found it up and returned back to pick up my staff. Everything where returned to me and also I called a Visa credit card customer service and let them know what was happened. They read me last transactions and one transaction wasn't mine. I said that I never made any reservation with Expedia. After three months they added that transaction to my account and wrote that I need to pay for it. My opinion is that they're stilling money from customers together with Expedia. They are NOT on the customers side! Be AWARE to apply a First bankcard Visa!

February 11, 2015
Do yourselves a favor and stay away from First Bankcard. There is nothing positive about this card/company...BUYER BEWARE!

May 4, 2014
I had this credit card for 4 months. 0%apr for 12 months sounded great. Made a balance transfer and a couple purchases however.... I NEVER RECEIVED ONE STATEMENT from them. Late payments cancel the 0% apr so they were trying to get me to pay late. I requested atleast 8 statements including one that was faxed to me. I never received any mail statements and the faxed one was not legible. STAY AWAY from this company. I finally got fed up and paid my balance in full. Its a shame the NRA partnered with this shady bank.

You people amaze me. I received a letter stating my credit line was decreased from $8,000 to $1,000 because I used my card too much recently. Well Einsteins... First, you solicited ME to get the card last year. Second, I began using it on 12/2 and used it thru December for Xmas shopping. Third, I paid it off at the beginning of January. What u saw on my credit report was a bill consolidation loan and balances on the existing cards hadn't cleared yet. My credit score is over 700. I'm not a risk.

Who gets their credit limit decreased for using it to Xmas shop? I paid it in full in January. Over $4,700. They solicited me through overstocked.com last year. I took it because I was mega-purchasing gifts and I got a discount. I paid that balance off immediately as well They can keep their card. And their zero balance. I opt to use another competitors credit card for convenience during the holidays.