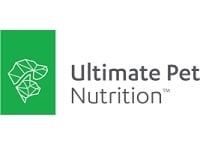 February 14, 2019
I have three pups....ages, 11, 5 and 3. My 5 and 3 year olds are active on their own, but the 11 year old ha been just laying around. Now she has begun to "mix it up" with the younger ones. It's great to see her up and out and running around. She is much more energized and active since putting her on the Nutra Thrive. They all get the Nutra Thrive and do gobble up their food. I noticed that her bowel movements are easier on her as well. She no longer strains to relieve herself. Love the product!!

Really made a different in my 16 year old dog

February 14, 2019
I have 3 dogs. A 2year old golden and almost 1 year old lab and a 16 year old Lhasa apso.. It did not make a difference for my young dogs but my Lhasa has made a transformation.. He had gotten bony and frail and though I did add some extra food along with vitamins he has gained weight and does not whine nearly as much as he did before.. (he has a bad back) I will continue to give it to him but will be giving my other 2 another high quality vitamin merely because yours is just to expensive when you have 3 dogs..

PHINEAS doesn't like it wet so I'll mix a little batch up and let dry and mix it more food then he loves it.He has all itching problem all day long we can't walk a mile without stopping to itch 7or8 times and now maybe we stop 1 time I think we have a using it about a mouth now his breath is smelling better all in all we have a better life

So far so good!

February 13, 2019
My rescue labs, Tucker and Brandi, wouldn't eat their food right away when we got home. Most of the time they are too excited that we are back! Since we started using the vitamins, they show us love but then it is down to business of eating. They really love the taste. Tucker suffers from allergies and lots of ear infections. Brandi has loose stool. Since we started using the vitamins, we've had less coughing and firmer stools. Yay!

February 13, 2019
My furr baby Peanut has been using Thrive for a month and I already see a difference. Peanut is almost 10 years old and he seems to have more energy and acts like he’s a puppy all over again.. very playful and so much better.

Overall I saw an improvement in the health of my 14-yr old dog with better formed stools, improved appetite and more energy. It was so good that I wondered about getting some for me.

This week, however, loose stools and grass eating returned, so I had to mark it down by one star. Overall I am very pleased.

I have 3 large golden doodles and feed them kibble in the morning and wet food in the evening. Generally speaking, they ate the kibble only when desperate...and trying to get treats to make up for it in between. Since using the Nutra Thrive they happily eat everything! My 10 year old doodle is honestly keeping up with my 3 and 1 year olds now. At first I thought it was just a random day for Bella...but now I see she has a lot higher energy level than I can ever remember.

Thank you, Dr. Richter...I am so so pleased with your product and will forever use it on all their meals!

February 11, 2019
My dogs LOVE this, they sit and wait for their food now that I add NutraThrive. They seem more playful as well, but my one dog is still a little lazy, hopefully with ordering another container of NutraThrive and nicer weather coming, she will continue to be more active.

Willow seems to really love it

February 11, 2019
Willow was really moppy. Her für was dull and dry looking even though she was being feed salmon and trout with her meal. She also had a bad odor. The odor is gone her fur is soft again and she seems more energetic than before. Really wanting to please. Now if she could only over come her separation problems and neediness.

February 11, 2019
The formula has certainly revived the health and vitality of my mother-in-law's 14 year old Australian Shepherd. The only hope I had that wasn't addressed is her horrible breath and other smells. Maybe this takes longer than a couple months? Other than that, she is happy, healthy and physically so much better than in the past years and that change occurred within the first month of use.

February 10, 2019
Our 12 year old chocolate lab has had a life of itching which we have tried every food brand but never could get a handle on it. She is now no longer itching after using this product for a few months. Than we ran out and while we waited for our new shipment to arrive she began itching again! She’s been back on it for about a week and no more itching!

My 11-yr Basset Hound seems to be doing well on it. He seems to feel better. I’ve only given it to one of my three rescued basset hounds

Would like to give it to another one that also has medical issues. Shorty has diagnosed Pancreatitis. I have another with IBD.

So I have a question for the Dr

The one I’m using it for has diagnosed pancreatitis. So I’m careful what he gets. He eats SCience Diet low fat ID

He’s been on the NutriThrive for 10 days and I already see a big difference! He’s running and playing again. AROooooinf again. Not as lethargic. Not sleeping as much. And he’s even playing with all of his toys again!! He’s a rescue, so unsure of the exact age, but he’s at least 10-yrs old.

My question is about another of my Rescued bassets. He’s at least 10 also. And after months of suffering and multiple vet visits and finally a specialist in Columbus OH, he was diagnosed with IBD (horrible disease) He now eats Royal Canine selected proteins, venison and duck, etc

Question - can a dog with IBD safely be administered NutriThrive?

Thanks for your response.

February 9, 2019
My lab has been on this for 15 days and I can see an improvement in her coat fur sure. She is shedding less and her coat shines. I primarily wanted to try this to see if it would alleviate her scratching but I haven’t seen any improvement. Since she weighs 70 lbs, this stuff is too costly for me at a cost of $100/month (she gets fed 2 scoops a day) so I won’t be continuing it.

Have been giving this to my 14 year old husky mix for about 2 weeks now. She clearly feels better and has more energy. No improvement so far in her arthritis limping.

I've been sharing with my family how bouncy and energetic she is a supper time each day. I've been joking that she must not have gotten the memo that she is an OLD DOG.

I will continue to give her the supplement and am planning to start giving it to my younger dog also. He doesn't need any more energy but I want to keep him in good health for a long life.

February 9, 2019
11 years old shietsue (Maggie) went from no gas to gas pedal pressed .with help from pain medicine she’s seems pretty good. I Remember when she was just weeks old to really being old ,she’s lost her eye sight few years back

My dogs are thriving

February 8, 2019
Both my dogs are healthy to start but want them to get all the nutrients that are in the product. I had one Labrador but recently adopted a Doberman pinscher who had kennel cough and he started to get over it but spread it to my Labrador. She had a bad cough and I treated her for the kennel cough as well as continue to give both dogs the Nutra thrive. I don’t know how but in a couple days the Labrador wasn’t coughing and gagging anymore. It’s been almost a week and neither one is showing signs of the illness. I don’t know if it’s the product or the honey, humidifier, or their food which they love with the powder added to their breakfast meal but they’re doing great. Their energy level has not been affected or problem with their appetite using the product like other comments I have read. My dogs clean their bowls and don’t leave anything behind. I only hope I can afford to keep buying this product when I need to reorder.

The dogs took a while to get used to it but they are eating it and doing well. More vitality and no more bloody stools

February 7, 2019
I have a 17 year old girl and 8 year old girl. My older girl is more active l could see the change especially her my younger girl she was scratching all the time that has changed. Thank You I’m so glad I bought it. I have it on Auto delivery

February 7, 2019
My dog no longer acts as though he has an allergy. I started him out with a scant't amount because he is such a picky eater. I did that (as was suggested when I called) for about 2 weeks. Now, having almost finished his first jar, he is taking twice that amount. He is not taking what is suggested as I am working it in slowly. By the time we open the next jar, he will probably be taking the full amount as he weighs 80 - 85 lbs. I have not noticed him scratching or biting himself like he used to. I think he is a bit calmer. He still acts like he is still a baby. He will turn 5 years old on the 25th of February. I purchased Dr. Gary's book, just to be on the safe side and I am totally impressed with everything I have read thus far. I forgot to mention that my fur baby is a Pit Bull Mix and we have spoiled him rotten. That's why I want to give him the very best! Thank you!
Write a Review