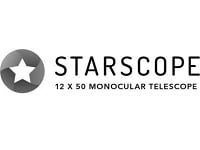 Does not magnify as advertised.

NO info how to return after contack

June 5, 2022
I give them 1/2 if I could, been trying to return since the day I received it 7 weeks ago. all I have gotten was 3 e-mail about backup in the supply, 2 with % off offers and 1 with links to other products they sell. no info on how to return. Do not fall for the ads they are no why what they advertise.

May 23, 2022
This is a scam. I ordered two of them earlier in the year for the half price offer. When I got the order it came from China with some other scope, no phone mount, no nothing else. I wrote to the company in China and as of yet have got no reply. Starscope Monocular has not replied to my emails either.
AlfonsoBlanco June 24, 2022

I ordered a Starscope Monocular. I returned it and trying to get my money back and these people stole my money. Never got my refund back.

this is a scam

May 23, 2022
this is a scam do NOT order, they do not even have humans answering the phone and do not return calls.

Absolutely the Worst Product and Service

May 12, 2022
I agree with former reviews: this is the worst product and customer service I have ever experienced. I don't want to give them even one star. It is impossible to get a response to emails requesting return. I get repeated "canned" responses that say my issue is of the utmost importance and they are working on it. I have received more than 30 such replies. I suppose this is a lost cause now, but if you know of a recourse, please post that information.

Biggest rip off ever, don't fall for it, all of the reviews are paid actors.

Don't fall for this company, it is a scam, my son's $6 binoculars pick up better than these. They give you gals advertisement on how well they magnify, once you get them in and find out it is a pure rip off, they don't give you your money back like they say. We bought three of them for the ranch, for the hunters to look at the game. The WORST monocular i've ever seen. We've been fighting for a refund for almost a year, please do not fall for this scam, you will regret it.

So many dissatisfied customers, should be a class act lawsuit.

Total garbage not worth as a kid's toy either

Too bad I was not able to give it -75 stars. There is no zoom in and out, just some poor magnification which is not even 3x in my opinion.

I went through a bit or a process getting my money back minus shipping cost and minus shipping the item back. I even ordered two of them, one to give out as a present but it would have been too embarrassing even to give it to someone for free.

It is beyond my comprehension that anyone can give it more than 1 star.

This is a piece of garbage. Don't waste your money.

First off this company isn't in tune with the truth in advertising statutes. To watch their television commercials you'd think you're buying something from the Star Trek TNG era. I've tested this piece of crap and the best I've been able to see is just over 2x, not the 10-12x they claim.

Not as advertised. Does not zoom or give me the option to return and get my money refunded.

This Company Is A Fraud

I bought 2 units for Christmas presents, was charged on my credit card, never received them, now they say they don’t have my order - they are SCAMMING PEOPLE RIGHT AND LEFT.

I’m reporting them to the US Federal Trade Commission; FBI Internet Fraud Complaint Center. If you go to Starscope website and try any of their contact (phone, e-mail etc). You will see they don’t exist. I’m determined to shut them down.

Do NOT order from this company - they are frauds. In November they charged my credit card for 2 units - (ie they took my money), now they say they have no record of such sale. My CC company is taking on the dispute.

They took my money then said they had no knowledge of my order. I'm waiting on the phone now to contact my Credit card Company to dispute the payment.

January 21, 2022
The Starscope is not as promised. The images that are provided on the web are not like that when you try to do it yourself. I bought three, returned all three after receiving a return authorization but they have not refunded my money after 2 months. I now have filed a claim with my credit card company.

I ordered and paid for 3 scopes and 3 phone mounts back in November for Christmas gifts and have yet to receive them. When I inquired by email about the whereabouts of them I received an email with a tracking number of the three phone mounts.

I then emailed them back to see if they could give me an idea on the eta. And wondered why I didn't have a tracking number for the scopes. Remember they are gifts.

They emailed back and assured me that they were looking in to it and that I was a priority, you know all that customer service fluff. And to give it a week and check the tracking number again. I did and for the next two to three weeks I got the same thing when checking the tracking number. I emailed them every time I checked and the still insisted that it would be shipped. They never sent me a number for the three scopes to this day.

The week of Christmas I check the number and it had changed to, Ready To Export, on December 21st. I sent an email back to them with that information and after Christmas they sent me the same generic customer service email. This week I sent them an email where I copied and pasted the confirmation email and details, the email the sent with the tracking number that states just the three phone attachments and the what the tracking number pulled up. And asked about the tracking number for the scopes.

By the way still waiting for export when pulling tracking number. They sent an email back saying covid had been rough on everyone World wide. And that if I didn't have a tracking number to respond to this email. If I did have a number then their customer service could not help any further and they would close the case. I emailed them back and explained that I only had the number for the mounts but not the scopes. I requested a refund again.

They emailed me within 3 hours with the same email. You would think they would at least look into where the items might be but the didn't nor would they issue or mention anything about a refund.

This company is nothing but liars, they led me to believe that they are in the Netherlands when they are really in California. I should have known. I purchased 4 on Dec 8th . I received one one day ago 1/08/2021.

Then the tracking shows it came from California. I could have drove to California and picked them up myself in the time it has taken. I only got one of the 4. When the hell are the rest of them going to arrive. They are crooks and liars.

I ordered my monocular on dec. 3 and I'm still waiting on a order I no longer want.

They stopped answering the phone and keep trying to get me to buy something else for a discount that won't ever arrive also.

Please, (don't spend your money on this)

If I could rate this in a minus I would. I would give it a minus 10. The customer service is beyond poor. I have been trying to get my money back since the 12.12.21 the offices are always closed, even in Australia.

I think this company is a scam and I will take legal action against them. If I do not get my money back. Do not buy off this company I hope someone from the company reads this and contacts me

I have reported this company to the Australian acc. Not that it will do any good but maybe they can ban this company from Australia

No customer service, no follow up, horrible company, don't get sucked in...

I ordered a Star Scope Monocular 12/12/21 and my card was charged the same day.. There were no warnings on the website about delayed shipping at the time of my order. It is impossible to get anyone by phone. Then you get automated email reply apologizing for any inconvenience.

Around 12/23/21, I cancelled the email through the website as it was obvious I was going to receive the package by Christmas. Again, you get nothing but automated emails. Some of these emails state they give you a discount on a future order to apologize, but I never received the first order, why would you order another. I received another email questioning whether or not I still need help, because their job is assigning it to a case worker.

Well it is 12/28/21, my card has been charged, and I never received an email stating my package is in route. I just want the $56 charge on my card reversed and even that seem very difficult for them. If you sincerely want to give this product a try, go through Amazon.

I'm in the same situation. I'm filing a complaint with the Federal Trade Commission, the BBB, and the attorney General in CA and my state. I encourage you to do the same. It's the only way to stop them from scamming others.

I'm filing a complaint with the Fed Trade Commission, also.

I would give a zero rating if i could. Buyer beware. This company is a scam. Never received product after 20 days. Not even a tracking number. customer service only has fake auto replies that don't even pertain to your issue. Buyer beware.

I'm sure when and if I receive product it won't be good. Suggestion is for ALL interested to read all the reviews. They are not a legit company.

Sounds like what I went through. Did you dispute the charge on your credit card??