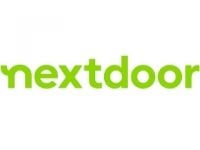 Censorship at its best

I am a community leader and joined Nextdoor to keep my community abreast of current issues and events and have always provided facts. Any of my posts that disputed certain member's unsupported claims or innuendo were flagged or deleted and when I reached a following of approximately 100 people, my account was deleted by Nextdoor as they stated my posts were dominating the site or were controversial.

While the site is great for sharing information, anyone disputing erroneous information and providing facts and challenging anyone in a manner that is deemed by the censors, which they call leads, to be contrary to what they feel is acceptable to them, at their discretion, can be deleted at anytime, as was my account. I hold several state licenses and am a degreed professional that has always provided facts along with my statements and the site is ridden with Narcissistic, ego tripping socialists that expect everything to go their way.

I'm not referring to foul language, strictly controversial topics As an example, I mentioned that there were unlicensed people cutting hair in the community and my posts were flagged as I was being "negative".

Sounds like your "NextDoor" site was run by a bunch of democRATs.

the site is also racist and strictly for white people