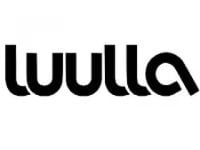 January 19, 2018
has anyone ordered from happy bridal i want to order my prom dress from there but am afraid of fraud or scams.
View all 2 Comments
sarah January 22, 2018

im in the same boat, the dress i want is also from happy bridal but i feel like the pix aren't legit. I'm really skeptical about this sight but i haven't been able to find my dress literally ANYWHERE ELSE. he other two sites i've looked at both show that the dress is sold out so idk what to do :/

Did either of you end up buying? I am hesitant too

I ordered a beautiful backless dress from luulla's

site. The communication with them was perfect, if I had a question they replied immediately. When I saw the dress it was really brilliant. In every option I am satisfied from their job. Thank you!

I love my dress! It's so flowy and pretty!

September 4, 2017
The dress is beautiful, very well done and excellent quality. The fit is perfect. I am very pleased with the shipping time and the overall service. Thank You.

August 31, 2017
I am so tired of trying to find how to change an email address on my Luulla account. I can change the name of my shop, password, even my date of birth, but my email address - nowhere. There is also nowhere to write to Luula customer service. Can someone help me? Thank you.

My Order From INN Fashion

July 5, 2017
I chose red for the dress and it is exactly like the picture. Wonderful service. Keeps you informed about your product if you ask. Would recommend this vendor to everyone. Affordable as well!

July 3, 2017
Do not purchase anything from this website. Your purchase will never be delivered! I had to email them to ask when my order would be shipped, I hadn't heard anything from them since my purchase, surprisingly they said in 24 hours. I then get a fake shipment tracking link. Do not waste your time or your money!! Total frauds!!
View all 2 Comments
Amanda July 05, 2017

The dress is stunning. My daughter loves it and it fits her perfectly. I think it is the most beautiful dress I have ever seen. The stars aligned!

Luulla is a total scam. The site is not constructed for easy user use, nor do they allow freely providing feedback after you've made a purchase. They do not reply to messages. Nor provide tracking numbers. Total scam. Do NOT use luulla.com.

Please contact our support team and provide your invoice number for your order.

May 25, 2017
Don't order from this website. They never sent my items and never responded to my messages so I never got refunded! Not sure if it's just the one seller but the website clearly don't care if there seller scams you or not!

My step-daughter found Luulla and wanted to order her first prom dress from there. I looked up the reviews and was very skeptical, but wanted to let her steer the ship a bit. To be fair, I had not seen another dress that was as beautiful (or affordable) as the one she chose on Luulla. I was just holding my breath that it would get here and look the same as the pictures.

The cost of the dress was $159. Since my step-daughter is quite petite, we chose to have her dress custom-made, free of charge. I sent all the appropriate measurements and a representative from Luulla responded almost immediately to verify the measurements, ask which fabric color we wanted, what color jewels and beading we wanted, and if we wanted the top part of the dress to be a different color. They provided lots of options. The only thing I would say here that I wish the swatches of fabric were just a little bigger and/or not over-lapping on the fabric swatch card. My step-daughter wanted a "blush" color and it was a bit hard to decipher which pink was blush, which was peach, and which was baby pink. I HIGHLY recommend looking at the swatches on multiple computers so you can get a better idea.

The delivery: We ordered the dress March 7th. It arrived on April 3rd...well before we said we told Luulla we needed it. I feel the shipping was a bit expensive ($40), as it arrived in one of those plastic shipping bags from DHL. It was carefully folded though, with the beading inside and protected by tissue and another plastic bag.

The beading was absolutely identical to the pictures online.

The color was exactly the one my step-daughter chose, however in hindsight, was more of an "it's a girl" pink than "blush". Hence the need for better swatches. (see above comments)

The fit and length were very good although it was a bit loose around the bust. I am chalking that up to her insisting on wearing a padded bra when we were doing measurements and to the dress being backless. Either way, it's nothing the appropriate undergarments can't fix. Had it been a little tighter, there would be no need for a bra as the dress had very nice, built-in cups.

I told my step-daughter that we have plenty of time before the prom and if she didn't love it, we could resell it and find her something else, but she refused, saying she wanted to wear the Luulla.

Final Thoughts: All in all, I'm very pleased with our purchase from Luulla. It is exactly what we ordered. You really can't beat a completely customized dress for $200 including shipping. Only word of caution is to be very sure of the color as the samples are small and the color can change the whole theme of the dress. If I could, I'd give 4.5 stars.

what seller did you purchase from?

I️ have a concern, has anyone ordered a dress from davidsdresses on Luulla??? I️m scared its a scam but the dress is GORGEOUS please someone help asap.

February 9, 2017
shipped in a timely manner. my dress came and it was just as pretty as the picture!! working with this seller was great!
Ashley September 02, 2017

was the dress that you received look exactly as the picture you saw online??

Has anyone ordered from seller Fashion Girl?

January 7, 2017
I'm thinking of buying a prom dress from this seller, but I'm not sure if they're good. Please let me know!

January 5, 2017
Has anyone been satisfied with their purchase from Hiprom on Luulla? I'm currently looking at a dress for prom on there but am hesitant to purchase...
Ilona February 13, 2017

I was wondering did the dress come? How is it ?

Just bougth a dress to prom

I´m really nervous since I just bougth a prom dress on this webside (luulla.com) for my very first time. I have read many previous reviews and the result was mostly positiv, for my dress I hope it´s turn out to be like it´s was on the picture.

I will comment under this "review" after I receive my soon to be prom dress :)

i was wondering if it has arrived yet? i really wanna buy my prom dress from there too :)

How was the dress?

October 14, 2016
Has anyone bought from this seller? I'm thinking about purchasing a prom dress from them.

August 9, 2016
Abby was WONDERFUL to work with. She double and triple checked my measurements, reassured me that my purchase was in good hands, and even shipped my dress OVER a month early. The dress fits perfectly and looks gorgeous. I can't wait to wear it!
Julie September 21, 2016

What shop did you order from on Luulla?

RUN FOR YOU LIFE

This website will NEVER make any money from me. I ordered a dress from HAPPY WEEKLY in China, which i wasn't aware of until I paid for the item and the receipt stated where it was coming from. After two weeks i emailed HAPPY WEEKLY twice and got NO response. I then emailed Luulla who told me to email HAPPY WEEKLY again and if I didn't get a response within 24 hours they would escalate to a complaint. Did That. What did Luulla do? They sent HAPPY WEEKLY an email and asked them to respond to me. They DIDN'T. So Luulla sent me the link to open a PayPal dispute. They said they were going to investigate further and inform me of the result. A month later, I have heard nothing from Luulla and HAPPY WEEKLY continues to do Business as usual on their site. I guess as long as they are getting paid they don't really care. PAYPAL has been amazing; I had to email HAPPY WEEKLY Once Only from their resolution centre so the vendor could see that it was a PAYPAL dispute. After 48 hrs and NO RESPONSE, with all the information about my previous attempts to contact them myself and through Luulla support they said I had waited long enough and escalated my dispute to a claim and they said i needed to take no further action and I would have the money refunded on my account within the week. Even better than that they have now flagged HAPPY WEEKLY and will be investigating them further and if they find they have been operating fraudulently they will close down their Paypal account. THANK YOU PAYPAL. BEWARE OF THE SITE LUULLA AND THEIR THEIVING VENDOR HAPPY WEEKLY.

May 15, 2016
I am very happy with how this dress has turned out! The seller was pleasant and helpful during our conversations. This dress was exactly like the picture, I did however pick a different colour from the colour chart provided in which the dress matched perfectly, so I am pleased with this result. Would definitely recommend this seller to anyone and would purchase from again. Thank you!

May 13, 2016
I'd give it 0 stars if that was an option. My daughter ordered a prom dress -what arrived was nothing like the picture. It was cheap and ugly and the beading was falling off. They said it was the same and would not refund my money (well they offered a small credit - $30 on a $240 order). Disputed through visa and got a refund but the company demanded the dress back - they said I wanted to keep it and not pay - totally false. They said to ship it back with a tracking number, which I did since I was trying to do the right thing and I wanted proof it got back to them. $110 to ship it and then they refused to accept it (would not do the paperwork to get it through customs). I would not order from this web site unless you want to spend a bunch of money and end up with nothing.
Natasja May 16, 2016

Contact Luula support. It's free of charge … and of hassle ...

May 5, 2016
I need to get a dress for prom, I've came around redrosebridal on Luulla! Has anybody ordered from them before? The girl told me I can only pay via paypal, do you think it's safe???

Such a beautiful dress!

April 24, 2016
Love the dress! however it needs to be noted that there are white/clear beads on the dress in the discription of the dress but it's still BEAUTIFUL !
Write a Review