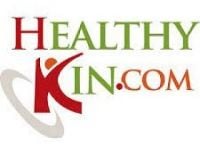 Expiration Date is too short !

December 3, 2020
I received my Puracyn Plus Wound Irrigation Solution today. The first thing I did was to check the expiration of the four bottles. They all have the same expiration which is Sept. 14, 2022. The items have 22 months and 12 days before they expire (that is too short) I am dissapointed !!! If you think your customers don't check the expiration, you are very wrong ! I just wasted my money !
Healthy Kin Customer ServiceBrown December 04, 2020

That's the freshest product we just received from the manufacturer. We're sorry almost two years isn't good enough for you. You are welcome to return the product.

November 19, 2020
Great service, great shipping, abdominal binder was a great help in controlling pain as I moved around. I will purchase from HealthyKin again and again.

Get what you pay for

October 28, 2020
For some reason there’s a cotton patch on the inner thigh area and since the first use the fabric has been ripping at the seams of it. I was trying to find a cheap pair of thigh length compression stockings for one leg that’s been bothering me while I’m pregnant but these will probably not even last two weeks with daily or every other day wear which is frustrating when shipping cost almost twice as much as the actual product. It shipped fast though.

October 22, 2020
Really fast shipping, the only problem I had which was UPS problem not this company is that it leaked a little from UPS not handling it with care. Other than that the product was excellent, I will order more in the future. I found this product from the hospital giving me it when I was hospitalized it was soothing so had to order some.

Thanks for Excellent Delivery!

I was so glad that you continue to give us such fast delivery services. When we need these things...we need them! Thank you again. We'll continue to shop with Healthy Kin.

October 14, 2020
I love that my order gets shipped super fast! I ordered on Monday morning and received it Tuesday afternoon! Also, my order status hadn’t been updated so I had to email to check on that and they responded right away! Definitely going to keep ordering from them.

I bought this item for my godmother

October 14, 2020
I buy from this company because they're great. it's better than going to the store. I I will continue to buy from them.

Ordered 12 Unna Boot wraps which I needed quickly... The price point was excellent, and the shipping was

Incredibly Fast!!! I will do all my future purchases for all my medical supply needs.

HealthyKin.com is an obvious customer focused business. Their website is informative, easy to use, and transparent I appreciate their approach to providing all the information you might want, such as shipping cost, before requiring one to login or provide credit card information. I purchased three quarts of LiquaCel protein supplement, and the shipping cost was only one dollar more than for just one quart.

Good deal, good experience all around. I will look them up again in three months.

September 29, 2020
Bought for disabled family member. She weighs 211. The gap between bucket and seat very small. Bucket handle does not fit well. Bucket falls out when empty. Had to replace after one day. Bucket wont stay in and seat very cheap plastic. They need to make seat better and bucket. Bucket and Seat defective. Always happy with this company in past. . Had to go local medical supply and buy one. Don’t buy!
HealthyKin.com Customer Service September 29, 2020

We're sorry this did not work out for you. We'll refund your order.

I took one star off because of the shipping. The shipping took one more day when you used UPS Surepost (UPS and USPS), instead of just using USPS.

I was glad that the delivery man came up to the third floor and knocked on the door when he left the package at my apartment door, instead of some delivery men since December were just leaving the packages in the foyer and not letting us know that the package was down there and once one of my packages were missing that I was told that two packages were delivered to me that day, but I never received it.

I also like the product very much and use it for cleaning different areas of my body. They used it on me when I was in the hospital and gave me the partially used bottle and I have been using it since I came home two years ago.

Good work in getting the product out to me. Very timely.

September 17, 2020
The order process and shipping went so smoothly and such quick delivery. I am grateful.

I have always received quality service. Orders are shipped out very timely.

September 10, 2020
My 90 year old uncle has a permanent catheter and can only operate the Bard bag with the safety flow outlet. Healthy Kin provided the bag at a reasonable price with fast shipping. There was no medical supply business in our area that had them in stock. He is able to be more independent with this bag. I appreciate the service!!!
Write a Review