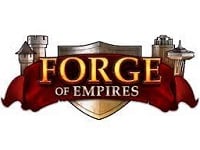 the game is rigged

February 21, 2019
BE CAREFUL TO NEVER SPEND MONEY OR TOO MUCH TIME ON THIS GAME .

February 5, 2019
The administrators of the game are pushy, rude and inept.

January 31, 2019
This game is a waste of time , it starts out ok but if you don't buy diamonds you will not really get any where fast. Also at a certain level higher level players will start attacking you for cheap points, and you will get very frustrated. My advice don't even waste your time there are better games out there.

October 26, 2018
I've spent over $3000 on this game by purchasing diamonds, which seems to be the only real way to advance through the higher ages at a decent pace. It's easy to advance quickly through the first few ages, without spending any diamonds, but once you start reaching the moderate level ages, the game quickly becomes VERY expensive. The higher you advance, the more expensive the game becomes! I'm now looking to cut my losses and move on to a different game all together. I do NOT recommend even starting this game, lest you get sucked into paying a LOT of money to advance through the ages in order to stay competitive.

October 12, 2018
It's a great game but there is a steep learning curve to it. A previous comment stated one can progress without diamonds but one needs patience. Yes and No. I played for almost a year without diamonds. The early eras are ok but to advance to upper levels you need diamonds. The trick is to buy strategically and only when you really need them. You will wind up spending hundreds if not thousands of dollars on diamonds if you are not careful. To buy none means taking months to get to upper levels. Joining a legitimate guild that is tight and helpful is a real bonus. There are trading guilds and bonus guilds. Choose which one you like. I reached Future Era and plan to play it for years.

So basically what FoE likes to do is create fake sex/weird ads like you will get to **** the characters or they will make you play a fake mini game or a fake page rating it "10/10" making it look professional.

I think there is about 40 variable websites hey use to lure you into playing this boring build fest that is nothing like the game play. They also like to do pop up things with these fake ads.

I’ve played for a couple of weeks and I am fed up and have deleted the game.

1) You need to buy diamonds and lots of them to progress at a reasonable pace.

2) you need to earn or buy, with diamonds, land blocks to expand your city. Without the expansions you can’t get access to resources, build army units etc.

3) in the early stages you can build army units that have a reasonable chance of conquering new provinces - which give you access to products that improve productivity.

However, very quickly, you find that you get beaten and you are having to wait an hour and a half to regenerate a new soldier or - oh yes - speed the process by buying diamonds.

One of the best strategy games I've played

Easy to start, but a little complex to learn. That's very interesting for me.

Guilds are very good at helping to understand the game and make you advance further.

Diamonds, forget it. It's possible to do anything and pass all events without them. You really need to buy many, to make a difference, and then why playing, if you buy everything?

The key word for most strategy games: Patience :)

The whole idea of the landing zones is stupid. just let people land anywhere along the edges. that way more people can play and there will be actual competition. not a few guilds with members hopping in between each other, creating ghost guilds, and many other tricks to make an already unfair advantage to large guilds even more unfair.

These comments are complete BS! It's all lies! The game really doesn't force you to buy any diamonds and spend your money. Sure, if you have diamonds, you progress a lot faster, but the game doesn't stop to be fun, even if you use no diamonds. I've been playing this game for a about 5 years. It's one of the first computer games I ever played. I've had some great memories with my friends playing this game. Now, I could just be blind, due to the sentimental value that this game has for me... Maybe I just continue to play without diamonds, because I love it and I stay determined and patient. But I've never really felt the need to get any diamonds to help me advance. People with no diamonds advance just fine! All of my friends played the game like that. Everyone is just fine today. And they never spent a single diamond. Now, as for the events... That's a whole different story. The events are specifically designed to make you buy as many diamonds as you can, which I don't condone. But literally the enitre rest of the game can be played just without wasting a singe cent.

The game is fun! It depends on YOU and ONLY YOU whether you're gonna spend diamonds or not. You REALLY don't need to. Just judge the game for what it REALLY is! A fantastic and original strategy game with a focus on humanity and its history (and don't even get me started on the city management part!). What other game does that?! Honestly, that's the thing that's been making me play this game for so long. This game truly is a gem...

No really. This game could be a lot of fun, but that's not its purpose. Clearly, FOE was carefully designed to make money: players that do not want to pay will progressively end up with a super boring and slow paced game so that they quit playing (freeing server resources). Business model: (1) advertise as free to attract many players (2) keep only those players that are either addicted to the game and/or that have plenty of money to waste (3) milk them as much as possible.

October 21, 2017
I enjoy/enjoyed the concept. The discrepancy between the real work required to advance and the ability to buy your way to success is off-putting. The 'cost' of this game can't be known until you play on. The enjoyment vs. the dread of how much it will cost to continue ruins the experience.

Total grind with no reward

June 6, 2017
No stars...after investing over a year in this game and grinding my way to get my great buildings built, my account gets banned because Big Brother didn't like the fact that friends supported me in leveling my great buildings, despite the fact that forge point exchanges are legitimate and part of the game. You get sucked into investing hard cash to buy in-game currency, diamonds, because that is the only way to advance without a ton of tedious grinding...which you have to do anyway. There is little to no enjoyment with this game. Don't waste your time.

March 22, 2017
Went in with eyes wide open as to costs. Willingly paid when needed diamonds. My problem has happened twice. First time bought a $19.99 package and was charged double. Second time bought same package but received double and was charged more than twice the cost. Filed requests and was told to provide screenshots. Still waiting a resolution.

January 31, 2017
They want your money, but they don't want to spend any of it on servers, so it's been down for hours this morning, and it's commonly very difficult or impossible to play.

Inno Games is now using fraud (they call it balancing or mistakes etc.) to generate revenue from long time players, they would never touch the new players as they are the upcoming cash cows.

Just read their beta forums feedback threads (warning: certain peoples posts are just a waste to read) to see they ways they are doing this. "We made a mistake" so it must be rebalanced which also means there will not be any refunds.

The most recent "fraud", they pushed content to live servers after beta testing in which apparently the testers warned/questioned them on a specific building, along with support tickets and other forum posts. Many players like myself deleted our premium buildings (they pretty much get deleted each new era anyway) for the better building and now they are saying it was a mistake they missed and they are going to rebalance it which will leave all players with negative population and the nightmare of having to correct it without the premium buildings we had prior (space is an issue in city building).

This is the nail in the coffin for me, as all the changes/rebalancing over the last year has just been to further their agenda of making money. I mean who waits over more than a year to decide something is not balanced (this is specific to an artillery unit)?

I was not a free player and did support the developers because I enjoyed it, but now that they are just screwing us over left and right I can no longer support this/them.

You may not believe anything I write just go read for yourself (until they get wise and start deleting threads/posts again).

Run far away from anything by this developer in my opinion.

Forge of Empires is very expensive

FOE is a huge waste of time. The gameplay is essentially very repetitive. If you play it, it will take literally YEARS to get to the final level (and they will have made more by then). Each level takes longer than the last, and each level requires diamonds, which cost real money and are unnecessarily expensive. You can try to proceed without buying diamonds (sold for between USD$10 to USD$80), but then you have to wait months to be able to earn enough free diamonds to do even the simplest task in the game. I was able to get through about 60% of the game after spending almost $2,000. Then when I criticised the way InnoGames makes everything so dependent on diamonds (I.e., paying them real money), immediately my account was terminated. Clearly, the idea of free speech is foreign to them.

Spend $60 on a new XBOX game; much better games, and much less expensive.