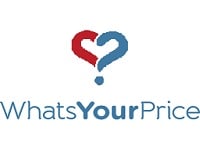 Whats Your Price is a type of dating website which is unlike traditional websites, because they say their focus is on guaranteeing their members the ability to get that first date.

To do this, they have taken a different approach to online dating than many people may be used to.

Instead of having members pay for memberships, create profiles, and then spend time "chatting" with one another to arrange dates, WhatsYourPrice.com works on a system of rewards.

The site is vague on what constitutes an offer; whether the offer should only be monetary or can also be a gift is unclear. But once an offer has been made, the Beautiful Member can either accept or they can name their own price.

WhatsYourPrice.com says that their theory behind this type of dating site is that they want to be able to level the playing field for men and make dating more rewarding for women.

They believe that their goal as a dating site should be to arrange first dates, not just ask people to pay for access to a website where they can simply chat online to other singles.

They promise that their site only features real people and hosts no fake profiles, and also they say that their dating site is actually much safer for their members than other websites because they offer background verification of their members.

If you have any experience with Whats Your Price or their services, please leave your reviews below. 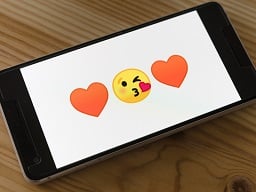 How to Find the Right Online Dating Site
Well, the joke is officially on us.  Not only are we having difficulty finding the right romantic partner, but now there are so many online dating sites we’re not sure which..

I have used WYP for awhile. You can sign up for free but you do need to purchase tokens to contact and make offers. Right away you will notice you get offers from all over the country which is silly. You reject these offers as you only want local.

Even then if you make offers or get offers and accept them which costs tokens, the majority of them you never hear from again.

You just have to pick and choose and if you get lucky and meet a real person then you need to talk with them and negotiate what you want from your date and how much. If you don't do so beforehand, you will get crazy demands. I have had some decent experiences but like anything you take your chances.

Sign up. IMMEDIATELY received 10 winks and 2 offers. Sat on them for a few days, received more offers and read fine print. In order to accept / counter, you must BUY credits. And they ain't cheap.

Read other reviews and it seems that most profiles are faked, "Someone" sends winks/offers to you in an attempt to get you to buy credits which you RAPIDLY burn through responding to faked profiles. Run don't walk from this.