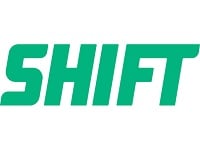 They are super shady

This company is incredibly shady, first they quoted me $5,000 for my 2011 Dodge caliber in fair condition. Figured I'd go forward with it. Then after I booked the appointment I got a message an hour later it would be $4800. Which was for no reason at all. The acouple days later I get a call and the gal said that since the milage was incorrect, it would bump down $4800.... Ok that's fine seeing how they changed the quote to that anyway for no reason at all. Then 5 hours later I get a text from.some guy who can't get his story straight at all. And says now it's down to $4200... Why? Because of the milage. If a company cannot keep their story straight, what makes me.think I'll even get paid after I sign the vehicle over?