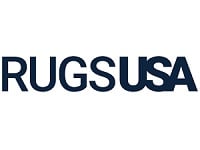 Rugs USA is a company which specializes in the sale of area rugs, as well as other categories of home décor, such as certain furniture items, throw pillows, and lighting solutions.

Obviously, Rugs USA is best known for their large area rug selection, which includes rugs that are contemporary, traditional, animal print, for an outdoor area, for kids, shag, natural fibers, or braided.

They also have a wide selection of clearance rugs, which can be discounted at rates of up to 80% off the standard retail price, as well as regularly have offers of coupon codes and sometimes even Groupon deals so their customers can find the best prices available.

Whenever you order any item from Rugs USA, it will automatically be ground shipped for free, as long as you live within the contiguous United States.

In addition, due to certain laws regarding the online sale of certain items, purchases at RugsUSA.com will not be charged sales tax except to residents of New York state or New Jersey.

If you order an item from this company and determine that you have complaints with your order or are otherwise unsatisfied, you have twenty days in which to return the item for either an exchange or a refund of the purchase price.

Before you can return the item, however, you must contact customer service to receive a return authorization number. Once you have that number, you have seven days to physically return the item to Rugs USA in order for your exchange or refund to be credited.

Unfortunately, personalized and customized items cannot be accepted if returned, unless the problem is that they were either damaged or defective upon arrival.

If you have any experience with Rugs USA or their products, please leave your reviews below.

Horrible customer service and communication. I was told one thing over the phone but another thing via email. The site alleges that returns are easy but it’s anything but. Colors aren’t the same as online. Only one out of the two runners shipped.

Upon inquiry the it turned out that they were out of stock. No estimate on when they will have them again. No one communicated that with me. But they apologized for the lack in communication.

Not What I Ordered

Delivery takes several weeks. They sent me the wrong rug, and never sent the pad, saying it was no longer available. When I requested a refund, they said only if I return the rug. It's a 10'x13' rug, so that's not happening. So now I have to live with a rug that I did not want and did not order.

Your review sounds like mine. I did not receive the 10X13 rug which I ordered but after they investigated the situation they found out that it had been sent to the wrong address. I had put my correct address in the Customer Name Field and some strange address was put in the address field. They said that I had to pick it up. I am 73 yrs old and I have no way to pick up the rug. They then said that they would sell me another one at a 50% savings. What kind of customer support is this?

February 21, 2022
So disappointed, liked their product but with a 25% return charge that they label "shipping" afraid I've made my last purchase. Have made this mistake twice, ordering only to find that the color was a little off. Won't forget again. A great reminder to get back to shopping local again and when ordering online to double check the return policy.

December 8, 2020
Billed for 4 rugs, received 3! Customer service is no help, and the rugs are low quality.

﻿I am writing this review - BUYERS BEWARE. The company sold me a BUG INFESTED RUG and then refuses, despite many assurances that it will make things right, to pay for the damages its product causes.

I ordered a rug from Rugs USA in June of 2020. When it arrived, the package had a strange odor; like it had been sitting in a damp basement for quite sometime. I assumed it simply got wet during shipping.

Upon opening the package and unrolling the rug in my home, I was shocked to, literally, see HUNDREDS of dead and alive INSECTS in the packaging and in the RUG itself. It was one of most disgusting sights I ever seen; even though I was a public health inspector/director for over 30 years.

The infestation of insects was so invasive and, apparently, for so long a time that it had actually eaten/destroyed sections of the wool rug. I was disgusted and physically sickened at the sight/smell of a rug full of insects inside my house.

I immediately called Rugs USA and sent It photos. They returned my payment for the rug, but I never received, despite numerous promises that they would take responsibility, reimbursement for the extermination and cleaning of my home. I even provided, as they requested, documentation of the costs.

Their customer service, or lack thereof, is equally DECEPTIVE. I contacted customer service many times and requested to speak to the manager; but I was never given the opportunity. I asked for a phone number to escalate the matter and I was refused that as well. Finally, I had been promised call backs from customer service for a final resolution/payment, but NEVER received it.

I have patiently waited more than 10 days before I posted this WARNING. I even told the customer service that, without a call back, it would leave me no choice but to publish the truth so others do not suffer what I have.

As a company which relies on internet sales as its business model they are conducting/transporting (or the company they hired) interstate shipment insect infested cargo. You should NEVER DO BUSINESS with them unless you want an invasion of insects in your home. Please warn your friends.

The rug I ordered was exactly what I expected and the shipping was fast---good service and price!

June 16, 2015
I feel this company sells irregulars, or defective seconds. In their ads, they say they sell first quality. I have tried contacting customer service to not avail. They called me once and told me to call them back, but did not leave a name. They will not reply to emails. They say they have turned over to their complaint department, yet, it's been numerous weeks and I've heard nothing. This is a terrible company and I do not think you should buy from them, unless you want a disposable rug.
Write a Review