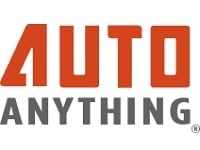 AutoAnything is a company which aims to provide customers with anything they would need for their vehicle, from parts and supplies to accessories.

You can search to see what products they have available for your specific car simply by entering the make, model, and year, and then searching through the results.

Or you can search by category, such as floor mats, bumpers, bike racks – “anything” you can think of.

Some of the items you’ll find on AutoAnything automatically come with free shipping and handling.

Items which are eligible for free shipping and handling will either be identified on their product description page, or when they show up in your online shopping cart.

In order to return a product to AutoAnything, you must contact them and request a Return Authorization Number, and then be able to return the product unused, in its original packaging, within 30 days. Certain items will be charged a 15% restocking fee.

If you are not sure what product, accessory, or item you may need to address an issue you are having with your vehicle, AutoAnything provides a toll free number at which you can reach their personal auto experts to receive free advice.

Finally, AutoAnything claims that their products are just as quality as the ones you’ll find dealerships and high end car stores, but they can often be discounted up to 40% off standard retail prices.

In addition, new customers will receive 15% off any order over $150.

If you have any experience with AutoAnything or their products, please leave your reviews below. 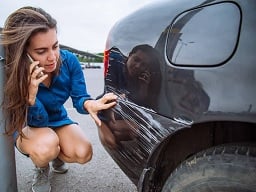 Get Rid of Car Scratches – a Fast and Easy Guide
You may spend a lot of time washing and waxing your car so it looks just right. That’s why it is so disheartening to see a scratch in the paint. Whatever has caused that automotive..

April 18, 2022
Buyer Beware! Terrible customer service. Needed to exchange color of seat covers. Product still in the box. Answer was no due to limited exchange time. When asked to speak to a supervisor, was put on hold for a ridiculous amount of time, hoping for you to hang up. Wished I had read their terrible customer service reviews before ordering. Zero rating.

Wrong Color, Mats Are Not OEM

Ordered the taupe color based on website picture, their taupe does NOT match the color on their website. At all.

Grommet for driver side is off-kilter - doesn't line up 100%. Immediately put mats back in shipping package, as the color is such a mismatch, plus the grommet issue makes these undesirable.

Wish I hadn't purchased them as they are non-refundable. Big waste of money...last time I purchase anything from anythingauto.

Don't trust Autoanything to do the right thing.

I had ordered Westin running boards for a 2021 Ford Explorer. I ordered the ones with the Chrome sides and they sent me the ones that are completely black.

I contacted them online twice and even sent an email to them and they completely ignored me. No response at all. Ended up having to put them on the vehicle.

July 27, 2021
I ordered a chip from them.. messed my truck up and they did nothing about it.. bought shocks also, they didn’t fit my truck.. they did nothing.. $800 worth of stuff that I’m stuck with.. their reason was it was after their 30 day return... I will never buy from them again and now have seen others have had the same problem.. wished I would have read reviews before I bought from them..look elsewhere!

I spent $297 on seat covers when I receive them the straps weren’t sewn in place - it was the weekend and we wanted to put them on so I fix them. I sent pictures and requested if they would compensate with some kind of discount.

All I got back-and-forth from Hannah at customer service was since they were already used/installed that there was nothing that they could do because I did not contact them right away. What a bunch of BS their seat covers all you do is wrap them over. They didn’t offer any support or help just kept sending emails until I finally had to follow up after several days.

Do not spend your money here. All it would’ve taken was a simple $25 refund and I would’ve been happy but instead got lead on with BS emails and then to be said no because the item was used their friggin cover seats what a joke don’t shop here!!!’

Ordered seat covers just over a month ago, card was charged and received a shipping date. Weeks later got a new shipping date for a month later so I did a live chat and cancelled my order. Got an email on the cancellation saying they were confirming with the warehouse the item hadn't shipped. According to to the guy during my live chat my seat covers were made to order. They are sent from the manufacturer in Anaheim.

8 1/2 hours later an email comes saying my covers have shipped. Really ? A shipping label was created in San Diego and as of now 30 hours later FedEx still doesn't have the package. The stuffs supposed to arrive here tomorrow and they're telling me I can send it back for a refund. After seeing other reviews that looks like another headache.

I don't expect it to arrive tomorrow anyway but look forward to another run around. Do not deal with this company. I took pics of the live chat conversation and have records of everything else. Do yourself a favor search the reviews and look elsewhere. I wish I had.

Covercraft Weathershield HP Custom Car Cover. This is a $328.00 cover that I bought because of the good reviews. The cover is very thin and even though the sales person said it is soft on the underside that sits on the car, the material is so thin and feels the same (scratchy) on both sides. It is just a thin nylon sheet made to custom fit my car not unlike a shower curtain from Walmart.

Very disappointed in the cover and to find out that I could not return it. I tried to leave a review on Autoanything but guess what, there is no way to leave a review.... where al the reviews on their website came from? I will definitely think twice about doing business with AutoAnything in the future.

Bizarre Return Policy. Are The Reviews on Their Site Real?

I received an IntroTech windshield sun reflector from AutoAnything and it did not fit my car. My car type was correct on the order so I decided it was a bad design and just wanted a refund. I called to return it and received a RMA email from them saying they would refund my money (minus original shipping cost and taxes paid)and that they would pay return shipping.

Very good of them, I thought. But then I found that the amount of money to be refunded was even lower by the amount of $14.95. I called AutoAnything and was told that, yes, return shipping would be paid by them but that the $14.95 charge was for the FedEx return shipping label, not for the shipping itself. I'M NOT MAKING THIS UP!

When I tried to logic this out with the AA guy, we went round and round, and at one point he said "shipping is paid but the charge is for the label, that's what it says here," so he was reading off a company script.

Eventually, demanding to speak to supervisor, and me making threats of bad reviews and a letter to their CEO, they relented and agreed to pay return shipping (including label). Looking at AA's business model, they seem to work exclusively through drop shipments, meaning that the problem with the order may have been the actual importer, IntroTech.

Complaining to the latter about the lousy fitment of their windshield reflector, it turned out that I'd received the reflector for a different model car. That was not apparent because of the cryptic code identifying label, but that's IntroTech's bad. IntroTech eventually exchanged it for me as an even trade, paying all shipping.

One final thing about AutoAnything, are the reviews on their website real? Try to find a tab saying "Leave a Review." There isn't one. I called AA's customer service and they agreed, there's no way to leave a review on the site.

I ordered a product that did not fit, even though it

was documented the right year, make and model were correct. I called and asked for a return and was told no problem the call tag will be emailed. However, to reach the tag one has to have the following: have photos of box BEFORE opening, including product in wrapper, also photos of you trying to install an defective item! So I ask how many of you out there document yourself opening every package dropped on your porch?? STAY AWAY FROM THESE SCAM ARTISTS!!!!!

Purchased car seat covers and sent it back the next day.

Hard to put on and fit correctly. Comsumer service wanted me to contact manufactures tech support. Tech support? I guess you need tech support to put on these car seat covers,

Not good not bad

August 2, 2017
I ordered seat covers off of their website with delivery expected in 3-4 days. A week later, I receive an e-mail indicating it was delayed a week but the seat covers are in good condition.
JimO'Toole October 28, 2018

Offer coupons for 20% off but ever product I try to purchase doesn’t qualify. Total scam. Offer to price match but why not just purchase from a company that is upfront and honest. Avoid these guys

October 18, 2016
We installed rain guards ordered from Auto Anything. Hours past the recommended 12-hour wait time, we tried the windows. One guard was catching and making the window motor run hard so we removed them. Contacted Auto Anything for return or exchange. Because they were installed, they won't take them back. Talk about Catch-22. They want us to reinstall them, tasking our truck's window motor again so they can have a photo to see if maybe, perhaps, possibly, the maker of the visor can do anything. Ridiculous. Never again.

I ordered a SnowSport plow for my 2007 FJ Cruiser from AutoAnything this fall. They were super responsive to my questions both by phone and by chat before I ordered. The site did an efficient and error free job of checking out my order, as well as keeping me posted by email of tracking numbers and multiple packages shipped for my order.

The shipping company was supposed to require signature for delivery which they neglected to do. That's on FedEx's head though!

I have placed orders from autoanything on two occasions. I will NEVER do that again. The first time they shipped 80% of my order and neglected to let to know that the other 20% were not shipping for another 3 weeks until I called them wondering where my missing items were. Online it stated these items were in stock.

And then guess what, it happened again with another maybe sorta possibly 3 week wait, they couldn’t be sure. I realize that stuff happens in the warehouse, but at least other parts stores let you when they are shorting the order, an estimated ship date, and maybe even do something nice for you.

Autoanything does nothing, doesn't care, and can't even tell you anything more than an approximate ship time. AND their website still lists the missing parts as being in stock. Ridiculous. No other major online auto parts store does business this way.