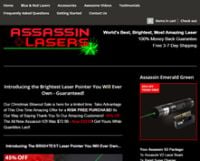 Assassin Laser is an outdoor product which describes itself as “the brightest laser pointer you will ever own, guaranteed” and comes in a variety of colors.

How Does Assassin Laser Work?

According to this website, the creators of the Assassin Laser were frustrated because they felt that the laser market only had two options: high quality lasers that were incredibly expensive, or affordable lasers that were poor quality.

Unfortunately there are not that many reviews of this product at this time, and the few that are available don’t appear to be very positive.

Laser enthusiasts don’t have much interest in this product because the website doesn’t provide any information regarding the specs of this laser, and some customers have talked about their poor Customer Service when they asked to cancel their order or get a refund.

As mentioned above, there are many other lasers available for sale both on and offline, but this company stresses that it will be difficult to find a product with their similar strength and brightness for such an affordable price.

Customers who are not happy with this product for any reason, however, will have many different alternatives to choose from if they wish to.

If you have any experience with the Assassin Laser, please leave your reviews below. 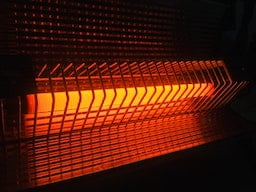 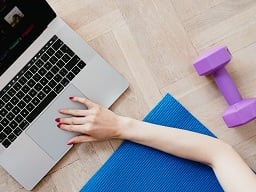 My laser malfunctioned after a few times use. I was offered a 20% discount on a new one since it was past the 30 day warranty. Really? I suggested that my broken laser be returned so that they could better understand the problem. No reply.

TERRIBLE customer service and a product that lasts a month equals a bad business model. Find another company that stands behind its product. This laser has a flawed design.

I recently order their combo pack which includes;

As soon as I received my package I hurried to open it, only to find that I didn't get a single charger or battery. I did get three lasers..tried to contact them about my missing parts and apparently my emails are being blocked.

What a ripoff... here is what I ordered

These were specifically requested by my in-laws as Christmas gifts. The moment they came in I tested all of them to make sure that they functioned as advertised; and man am I glad I did! This is junk and I would highly recommend you order the cheap stuff instead because they ACTUALLY WORK!

I emailed the company immediately and politely voiced my concern. They told me to send them back and they would repair/replace them. I asked for a rma and a return label to cover shipping their junk back. They said that they did not cover return shipping on defective products.... WHAT??? ARE YOU SERIOUS?? So now I'm expected to pay shipping twice??? 35+ emails later, they say that the lasers were delivered (on a sunday which is total BS). I have 4 cameras all over the front of my house and NO PACKAGES ARRIVED ON SUNDAY!! So I asked for a tracking number and they refused to give it to me. So naturally I assume they are full of crap and are trying to get out of replacing the defective lasers. They are now ignoring all of my e-mails.

DO YOURSELF A FAVOR AND ORDER SOME $10 LASERS FROM CHINA! AT LEAST THEY WORK!

September 9, 2017
It is what it is. No scam, got the laser for star gazing. At night use laser to point right to any star you want, you will see a green line from laser up to 10 miles or all the way in space. Got to watch out for airplanes there is a law not to shine the laser in Mississippi. There are other uses too like playing with cats, dogs, and, birds, friends ( not in the eyes). The brightness is very bright even up close say if you're pointing at a wall and you're standing right next to the wall the spot will be very bright it could bring temporary blindness also if you move your hand and the beam. They do have eyeglass protection you could order with the laser

September 8, 2017
I purchased a laser from this website with the promise that it woulf be received in 7-10 business days. 3 weeks later, still no laser so I emailed them, received a response that they were on back order. 2 1/2 months later, i receive the laser, and it worked great at first. It went out about a month later, and when I contacted them about it, it was out of warranty per purchase date 3 month prior, and offered to sell me another one at a discounted rate. Are you kidding me? They refused to help any more than that, so I will say, do not to business with them.
Write a Review