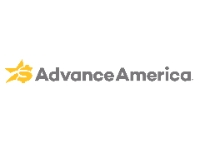 They called me telling me I was approved for 5,000 and they need my account info so they can transfer my account and I told them that's not happening that they can mail it to me and they asked if I was working and I said no but I am but they gonna still give me a loan (red flag ) and they asked how was I gonna spend the money and I said at the strip club and started laughing

I just got a call from a man by the name is Steve Jones( NY #) he said I was approved for 5000.00 but I had to pay $250 because my credit was it 750. Right away I knew it was a scam, he sounded very unprofessional they are using s legit company's name. I called them back and I told them they were scam artists. I also told them to find jobs. Please don't send money to borrow money.

These people are scam artist but they didn't get me, but they tried their best.... Be careful people

I got a call from "alex" stating that i was approved for 1000 loan, and before they could transfer it to my bank account how much per month could I afford to pay it back. I said 150. I was then transferred to his supervisor "eric" (btw both heavy Indian accents) who said because of my credit score , I would have to put 150 on a "reloadit" prepaid card as security that he could verify In case i ever missed an installment. I said I can authorize my bank to pay the monthly payments.

He said they cant do that again because of my credit rating. Yes, sounded odd to me but i went and bought the card. He asked me for the # on the card so he could verify that 150 was on it and as soon as he did that the 1000 would be in my bank account within 3 hours. He then told me NOT to call and check the balance on this prepaid card. I thought $#^!!!! I started shaking , said ok and hung up.

I immediately called the card and put a block on it. Its gonna take me 30 days to get my money back but at least I smartened up in time to prevent these thieves from getting it. Then I went online to check reviews and saw the numerous warnings of this scam. Wish I checked first. That old saying is good advice- if it sounds too good to be true....

Today, I received an Email from [email protected] This email had an attachment with it. When I opened the attachment, I thought my prayers were being answered. It was an approval letter from a company Advance America. It had an Approval number, an amount of $5000, Loan terms of 18 months, Monthly payment $305.00, Interest rate 10%, and it was all on nice company letter head. See my wife has been out of work for the last 2 months after an emergency surgery on her uterus. Money is tight and bills are behind. We are desperate.

This sounded great. I called the number listed to Verify my acceptance,716-810-6912,A Man, by the name of Robert Carter, answered the phone. After verifying all m information with him, he gave me a 4 digit # and said it was my account number with them. He then preceded to tell me that the money should be in my account within the hour. I thanked him and hung up.

Relief was in sight I thought. I waited 3 hours and nothing. I finally called the number back and Robert answered again. When I asked what was going on with the money, he told me that I was not going to get the money because my credit score was no good. DAAAA... that's why I was trying for a cash advance. If I wanted to get the money, I would have to pay them an Insurance fee. After asking to speak with a manager, A women got on the phone and started to say the same crap the this Robert guy was.

When I told them that I was not interested and that they had better not touch anything in my account, he told me that "he was going to take all my money and I had better change my pin quick." VERY UNPROFESSIONAL... This company is a huge scam that is praying on people that have fallen on hard times. Shame on them. Please beware.

Don't send these crooks any money

We got a phone call today from an Indian man saying he would give us a $5,000 loan if we would send him $250.00 first. We started laughing and then told him we knew it was a scam and so then he hangs up.

These people are trying hard to steal people's money. He said he was from www.AdvanceAmerica.com Please be careful everyone don't send these crooks any money.

Has anyone got a call from 954-354-9348 Advance America Loan Company? I did and also received an email saying I was approved for $5000.00 and to call Christoher Johnson to finalize my loan. I got a loan approval from them explaining their policy and how they work etc. It didn't seem legit so I hung up.

I remembered why I stopped using Advance, paid loan by check, cleared bank and now I have to wait 14 days because of some lengthy clearing process by Advance. It doesn't take that long for any check to clear. I can't go to the bank and withdraw the funds for Advance.

Julio is the only asset you have working for Advance. I understand the policy and Julio was very understanding about how this effects the customer. Thank goodness, my payday will be closer than you clearing a check that the bank cleared.

Great way to lose a customer for good.

On top of that, you get a check instead of cash when you apply for a loan. Why pay with cash? You never have enough cash to serve your customers. Guess my loan will be a permanent paid in full.