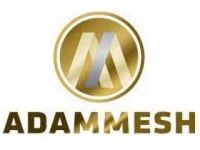 Adam Mesh Trading Group, found online at AdamMesh.com, is a website and company which states they offer customers the coaching and education they need to successfully trade and invest from home.

According to their website, Adam Mesh was a successful trader with more than 15 years’ experience that was regularly featured in Fortune Magazine, Fox Business, and was a guest on CNBC’s Squawk Box.

But in 2006 he sold his trading company and decided to establish the Adam Mesh Trading Group, a company intended to help individuals succeed in the stock market, especially if they are brand new to trading and don’t know how or where to begin or to protect themselves.

To do this, the Adam Mesh Trading Group distributes a daily newsletter and offers both individual products and long term trading coaching programs.

Adam’s whole goal in all the products he offers is to teach the technical analysis, discipline, control, and accountability of trading to all the “average joes” he works with.

Since this company sells so many different products and services, there will be a variety of prices available to customers.

It's up to each individual customer to look for the listed price and to read all the fine print regarding any purchase that is made on this website, because some of their services have recurring charges.

Because this website sells such a wide variety of products, they actually offer different Refund Policies depending on which product you have purchased.

They do say that customers who have purchased The Ultimate Beginner's Guide To The Stock Market, 5 Star Trading and Full Contact Trading will have access to a 90 Day Money Back Guarantee, because these are all one-time purchases.

Customers who have signed for up yearly premium subscriptions to Smart Money Elite, Income Advantage For Life and Mesh Insider will only have access to a 30 Day Money Back Guarantee, and those which have monthly recurring options can be cancelled at any time for a prorated refund.

Customers who would like to contact Customer Service with any questions, concerns, or complaints can do so by phone at 855-637-4847, by email at [email protected], or by submitting them directly to their website through their Contact Us link.

Unfortunately there are simply not that many customer reviews of this company and their services at this time, and of the few reviews that are available they appear to be split between happy customers and those were frustrated with the coaching services, and claimed they were little better than free information that is available online.

The truth is that customers who are interested in Adam Mesh and his knowledge should begin with his affordable, one-time purchase products like books to see whether or not this is a type of trader they would like to continue working with in the future.

Websites, books, blogs, and companies that promise to be dedicated to the needs and education of home traders are actually incredibly common, so people looking for alternatives to what they find on the Adam Mesh website will have a variety of many other options, often specifically tailored to the type of trading or trading platform they use.

If you have any experience with the Adam Mesh Trading Group or their products, please leave reviews below.

I subscribed with Adam Mesh for some time. Here is a summary of my actions with them, a direct copy of what I mailed to them:

About 3 years ago, I signed on to OMM. But after a trial period, I got refunded because it was not doing well and was new; the track record wasn't long enough.

About a year later, I saw you had a better track record and purchased ORM. When that started losing too much more than it gained, I called in a changed back to OMM. I don't recall; I may have tried OWM in there somewhere too. But OMM also was experiencing more losses than wins, and my live account was dwindling, and I ceased trading it around the end of 2017.

Yet each week it seemed I there was some new 'stellar' offer to in my mailbox to sign up for something new. When the one regarding Christian Tharp came along, it sounded lucrative so I called in. But the $3000 price tag was beyond me and eventually you convinced me to put in another $500, and applied $500 of my previous $1500 to give me a two month tester.

Since then my account has dwindled now so low that I can barely trade anymore. I have traded Christian's picks religiously for 5 weeks, not daring to diverge much, because I needed to give it a fair shot and not risk "going rogue". Beginning at $5000, my account is now at $800.

Here are my trading notes for what has happened with Christian:

Bought RHT, risk $600. Could have more than doubled, but took

advice and it plummeted back down; got out with < $50 profit. He also

told us to take another trade, but eTrade had issues and forced me to

do it because of my first open order (I think). But I canceled it and

put it back and it took it, filling 10-20 inutes later, which then lost.

as a sell. So missed it, and cancelled it. It faltered, but about an

hour later, it could have been exited for 100% and I would have at that

point since BABA was not going according to his plan. Christian said to

missed out on this one. cause I would have taken 100%, but not sure how

it would have worked out if I demanded 200%.

Then he said to take NVDA 240 calls for $1 and I placed it quickly, but

did not get filled. Have to pretty much just pre-guess Christian it

seems, cause 60 seconds before he committed, I could have gotten in for

to $1, but I had cancelled by then because NVDA wasn't looking promising

anymore. It hadn't gone up as he'd expected and I did not want to risk

another $500 on a possible loser when BABA was losing. Apparently, I

dodged a bullet on this failure to fill.

and that went the wrong way for a while, got down to about 60 cents.

down to maybe 42 cents, but didn't make it. Then it made a move up,

so removed open order 40 minutes later. It made it to 84 cents at one

point before he ended call, so could have doubled money anyway. Would

most likely NOT have tried to sell @ $2 as he suggested; would have set

something up to sell @ $1.10 to triple my money and cover the loss.

That would have hit around 8:10, shortly after the call ended.

But of course, repeatedly, I cannot seem to get into the trades when he

takes them. I don't know how he gets the fills. If I raise my price,

it just means I will make less on the winners and lose more on the losers.

Directly after, he said to take NFLX at up tp $2; by the time I could

Filled a few minutes later, as GOOGL went down to 3.30. NFLX kept

trades, I could have gotten into at a MUCH better price (just to take

Google recovered; at end of call he had us put in limit to sell at 15.

from 5 to 7. When the call ended, said he may send an alert on BIDU.

Cannot afford another losing week, and at 8am, it dropped below 7, so

commission. Finally turned back up somewhat ~8:12.

With all 3 set up, I'm walking away, as watching is just STRESS, and

GOOGL is on another downtrend.

on it, and full price on other two.

Therefore, I am wondering if you have any advice?

THIS WAS THE REPLY FROM THEIR REPRESENTATIVE, JOSH ROSEN:

I am sorry to hear about your portfolio. This unfortunately does come with the territory, not every trade is going to be a winner.

Christian is one of the greatest traders in the country and The Profit Machine even with a few losses recently is still up $29,000 since we started it in November.

It IS quite possible that I just joined on the biggest losing streak he's had, so that should be acknowledged. But for every other Adam Mesh strategy I have tried (OWM, ORM, OMM), I would caution. I have gone over all their trade alerts I received for Options Money Machine from the start of 2018 until mid-July, and after factoring realistic entry prices and subtracting commissions, their total for 2018 so far is about -$220. Do not believe the track records they post as they are rather optimistic.

So I would recommend, buyer-beware; which is probably the case for 99.9% of people out there looking to sell you some system. If it is so great, why do they not just trade it to make money; why the hassle of customer service, billing, etc. This is just another very over-hyped system, short on results.

Interesting. I just watched one of his ‘webinars’, basically a sales pitch for some service involving selling naked puts. He talked about all their winners, but at the end, there was a list of all their trades, which included several losers too. His comment was that ‘they need to take bigger positions because the winners are outpacing the losers on percentages.

I took a screen shot and did the math, and despite his fantastic claims, the whole thing was only up $10k for the year with a ton of trades.

When I emailed him and pointed that out, he replied to the effect that it worked out to 20% annualized which is really good.

2) that 20% is BEFORE taxes (short term cap gain), commissions and the cost of his service. So maybe realistically 15%. I can do THAT with a couple of different stocks that pay a 15% dividend and not make dozens of trades!

I terminated my subscription as per contract, they confirmed this by SMS, yet they continue to charge my credit card. Currently my bank has to block their recurring payments. A bunch of crooks out to steal from you, so beware